Some of the factors that cause pipe damage that often occur in pipeline system are corrosion, erosion, welding defects, material defects, vibration stress and mechanical damage. Damage in the weld area, often related to the quality of the weld in the HAZ (Heat affected zone) area and its residual stress. One of the ways to improve the quality of welds is by doing Post Weld Heat Treatment or we call it PWHT. PWHT is part of the heat treatment process which aims to remove the residual stress that is formed after the welding process is complete. The PWHT process can be done in two ways, namely inserting the object into the furnace ( full PWHT for complete equipment e.g. Pressure vessel or Boiler ) or conducting localized heating near the welding area only ( e.g. for pipe or high pressure vessel ) 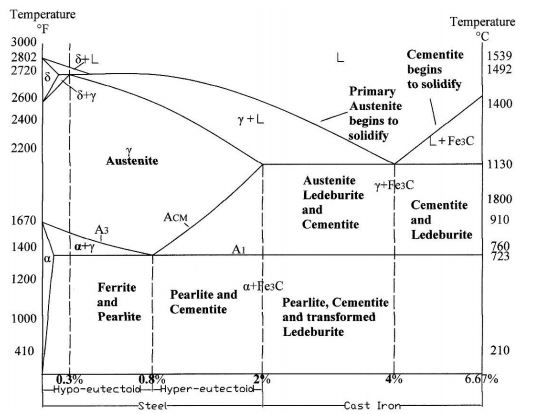 PWHT is a heat treatment process that is usually applied to the material after undergoing a welding process, PWHT aims to reduce residual stress, uniform grain and make the material tougher. PWHT process is heat applied to the material after welding in order to improve the mechanical properties and microstructure of the heat affected area and the weld metal area. PWHT is often done by reheating the material to a temperature below the lower critical temperature (A1), which is 723 C. The phase diagram of carbon iron (Fe3C), which in carbon steel which has a carbon content of less than 0.8% has a Ferrite and Pearlite structure at room temperature, while at a carbon content of 0.8%> x> 2 % have a Pearlite and Cementite structure. The heat treatment given after welding is usually at a temperature of around 150 – 600 C with a waiting time that varies according to the thickness of the material. The cooling rate after welding must be maintained, because if it is cooling too fast it will form a hard martensite structure, so that the material becomes brittle and prone to cracks.

The heat affected zone (HAZ) is the base metal adjacent to the weld metal which during the welding process undergoes a thermal cycle of rapid heating and cooling so that this area is the most critical of the weld joint. Visually the area close to the weld melt line then the structural arrangement
the metal is getting rougher and the hardness value is high.

The higher the carbon content of a material, the more likely it will require PWHT after welding activities are carried out. Likewise, the higher the alloy content and the cross-sectional thickness, the more likely the material will require PWHT. In general, Post weld heat treatment / PWHT is usually carried out on types of materials that have a specific thickness and a certain grade, namely:

PWHT operations may only be carried out by trained and experienced personnel who have received permission from a welding engineer. There are three important points that receive special attention during the PWHT process, namely:

Apart from being a reason to improve the quality of welded joints in the HAZ area, sometimes a welding engineer requires PWHT for other considerations. For example, for reasons of corrosion prevention in a pipe used for certain fluids that are prone to corrosion.